We celebrate today International Woman’s Day. As it appears, many European Nationalists would like to see women return to their pans and kitchens, change diapers, after they have served their sexual desires, and make sure their men find a peaceful hearth to return to, when they so decide. 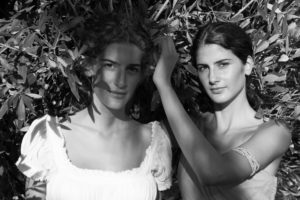 Image: Calliope, Children of the Light

It is, however, highly unlikely that this largely bourgeois and neo-con concept of the position of woman, matches in any way the concept of womanhood as our ancestors, whom Nationalists supposedly want to imitate, meant it.

In post-Christian, neo-conservative circles, woman is primarily a mother, like Mother Mary. However, in modern terms, Mother Mary was a single mother who bravely kept her offspring, trusting in the sayings of an Angel. Joseph is Her protector, but he feels weak in his knees before God assured him that he is to keep his bride, while she is the one who carries the burden with resilience and strength. However, no one among Nationalists thinks of putting forward that aspect of Mother Mary.

On the other hand, Pre-Christian female archetypes, are adapted to fit the post-Christian view of The Woman. Penelope, waiting patiently for her world touring husband, practicing chastity, and weaving, is, however, equally cunny to her husband Ulysses. She manages her household, and she is, apparently, quite flattered by the interest of her suitors, and well prepared to accept Ulysses into her arms.

Female archetypes in antiquity, though, are rarely confined to Penelope. Shall we speak of The Amazons, their Queen and her warriors? She was vanquished by Hercules, the male Archetype, a victory of the Male over the Female, bearing witness of a time when women were capable of living independently and defending themselves.

Shall we speak of Circe and Calypso, those strong, self-sufficient women who lived by themselves within their own kingdoms, charming men and using them for their benefit? Sometimes they get a heartache, but that, we assume, will soon pass in their immortal lives.

In the realm of the Gods and Goddesses, Queen Hera is majestic and assertive, anything but a quiet and submissive housewife. Goddess Hestia is responsible for the conservation of the Hearth, which implies Fire, the gift of the gods that Prometheus stole but she took full responsibility of. Goddess Aphrodite is protecting love of the flesh but also platonic love. She is, however, the consort of Ares, God of War. The godly couple’s essence is put into words by the widely spread concept among nationalist circles of “Love and War”. Goddess Aphrodite is also linked to Hephaestus, an equally creative god in the physical realm. Aphrodite is therefore the co-Creator, the Life Force either balancing War or complementing Creation. Interestingly enough, sultry Aphrodite she was worshiped as Aryan Aphrodite, where she was worshiped as a warrior. As for goddess Athene, she is the arch-warrior, presented more abundantly than her male counterpart, Ares, more majestically, and imposing her wisdom and might over men and gods.

I do love the images of women who live in cottages, work the land, cook delicious food, look after their numerous brood and welcome their husbands smilingly, dressed in beautiful, aery clothing. They are to be found practically everywhere, from Africa to Asia to the Cotswolds. But as for the European woman? She is another story.